Join us for the much-anticipated return of Chautauqua’s Silent Film Series at the Chautauqua Auditorium! Featuring the pianist Hank Troy providing musical accompaniment, this time-honored tradition at Chautauqua promises to entertain and delight with a unique performance for all ages. The charming actress Marion Davies (recently depicted as a character in this year’s Oscar-nominated Mank) has been very popular at Chautauqua in Show People and The Patsy. This film was long unavailable, but just this year, the Library of Congress made a new digital scan from their archival print. In this adventure-comedy-Western, Marion plays a spunky orphan who flees an abusive orphanage to look for the long-lost father of her adoptive brother Alexander (“Zander” for short). They end up in Arizona, where they fall in with a trio of smugglers lead by Harrison Ford (no, not that one, the first Harrison Ford). Marion must contend with criminals, a crowd of bandits, and a dust-storm, before discovering the truth of Zander’s parentage.*All tickets subject to service fees 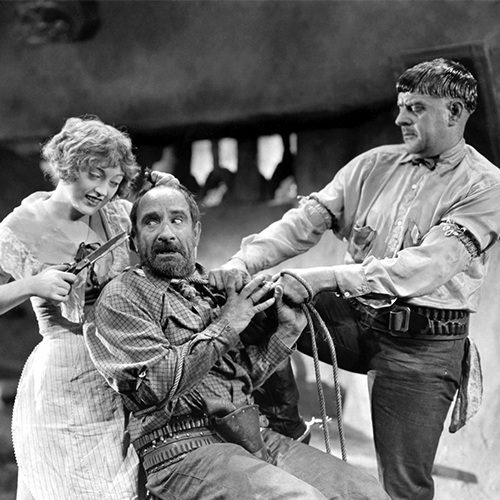