With career album sales now in excess of 1.5 million worldwide, Mexican acoustic-rock duo Rodrigo y Gabriela won the GRAMMY® for Best Contemporary Instrumental Album at the 2019 62nd GRAMMY® Awards ceremony. The award was given for Rodrigo y Gabriela’s most-recent album METTAVOLUTION, their 6th studio album and first in five years. The award is just one of the recent career highlights for Rodrigo y Gabriela, who have undoubtedly established themselves as the planet’s preeminent acoustic guitar duo, earning international acclaim and a fervent fan following with their awe-inspiring mastery of their instruments as well as a truly distinctive approach to melody, energy, and rhythm.

Through relentless touring and terrific word-of-mouth support, Rodrigo y Gabriela have established themselves as an in-demand live act, particularly in America, where they sold out the Hollywood Bowl (two nights) and the Red Rocks Amphitheatre as recently as summer 2018. They have also sold out multiple nights at the Royal Albert Hall in London, Le Zenith in Paris and Radio City Music Hall in New York, not to mention venues in Australia, Japan and Europe.

METTAVOLUTION presented the most ambitious music of Rodrigo y Gabriela’s remarkable two-decade career. Three years in the making, the album embraced the duo’s passionate interest in Buddhism, the history of human evolution, and the liberation of the potential we have as a species, all expressed through the medium of two acoustic guitars. Conceived and composed in their studio in Ixtapa on the Mexican Pacific Coast, the music of METTAVOLUTION was road-tested around the world on tour in 2017 and 2018 before being recorded late last year in Los Angeles with multiple GRAMMY-winning producer Dave Sardy (Oasis, LCD Soundsystem, A Perfect Circle, Band of Horses) behind the board. 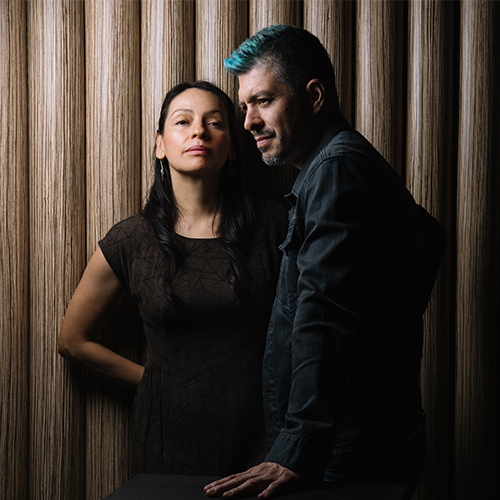