The Secrets of the Second Planet: What do we Hope to Learn During the Next Generation of Space Missions to Venus?

Since starting at the Planetary Science Institute (PSI) in 2021, Megan Russell has shifted from exploring volcanism on Venus to the characterization of ice on Mars. Megan is currently on the science and operations teams for the Mars Reconnaissance Orbiter (MRO) Shallow Radar (SHARAD) instrument, and a System Analyst with the Colorado Shallow Radar Processing System (CO-SHARPS) team. She is also assisting with the science team for VenSAR, an instrument planned for EnVision, the European Space Agency’s next orbiter to Venus.

After completing a Space Science degree at York University, Toronto, Canada, Megan joined PhotoSat, an Earth remote sensing company in Vancouver, Canada as a Project Manager and Satellite GIS Data Consultant. Megan then completed her Master of Science degree in Geophysics and Planetary Science at the University of British Columbia (UBC) with Dr. Catherine L. Johnson.

Megan’s past research experience delved into the world of volcanism on the planet Venus via geophysical investigations. She used observations collected from orbit during the Magellan mission (operating at Venus from 1990-1994) to help determine characteristics about the surface and subsurface, and tie this into the planet’s evolution. To accomplish this, she used radar surface images, radar altimetry and high-resolution elevation maps created from stereo radar photos.

Megan will be discussing the historical allure of the planet Venus, and why it can no longer be considered Earth’s twin. This stark realization was brought to us by a series of Venus-bound space missions, which started in the 1960s and, after a relatively long hiatus, will now continue into the 2030s thanks to NASA and the European Space Agency. What more do we hope to learn during this next generation of exploration? 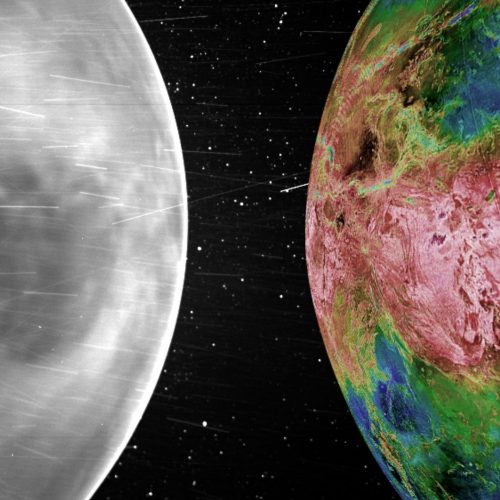