Nashville-based, Oregon-born Mat Kearney is back with his new studio album January Flower. Written between an isolated retreat in Joshua Tree and his home studio, January Flower sees Kearney in his rawest form, distilling the songwriting process and rediscovering the joy of making music. Over his career, Kearney has released five studio LPs, claimed the #1 spot on iTunes, topped multiple Billboard charts, made four entries into the Hot 100, amassed over 2.5 BILLION global streams. Kearney, a Multi-Platinum songwriter and producer, has performed live on TODAY Show, Ellen, The Tonight Show, Letterman and Jimmy Kimmel Live! and has garnered raves from USA Today, Entertainment Weekly, People, Billboard, PARADE and Marie Claire. He also has an incredible touring history, sharing the road with everyone from John Mayer to NEEDTOBREATHE.

Artist Bio
Unexpected, unplanned moments often yield the most beautiful results. That’s how Mat Kearney arrived at his sixth album, January Flower, a collection of honest, stripped down songs that brings the Nashville-based, Oregon-born musician back to his singer-songwriter roots.

In January of 2019, Mat packed up his recording gear and decamped to an isolated house in Joshua Tree with his childhood friend Marshall Roeman, a painter, and songwriter Eli Teplin. The plan was to use their two weeks in the desert to create with a full recording studio, but a massive storm hit, deluging the area in record rainfall and shutting down their power. With the light of the wood burning stove to guide the way, Mat took the opportunity to explore music from a new angle, armed with only his voice and an acoustic guitar.

The album’s reflective opening number “Powerless” came from those sessions, with Mat considering what it means to lose power – both literally and figuratively – and embracing the feeling of your life being pleasantly out of control. “That mirrors our experience in life,” Mat notes. “We have all these grand plans and then something else happens and it can become even better than you planned.” 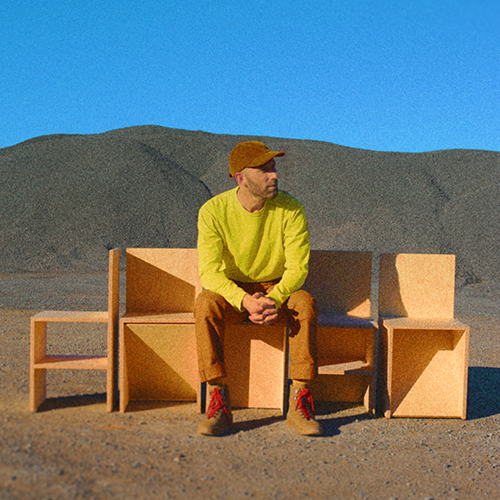