NASA’s OSIRIS-REx mission seeks answers to some of human-kind’s oldest questions. Where did we come from? What is our destiny? Bennu, a carbonaceous asteroid, may contain the molecular precursors to the origin of life and Earth’s oceans. Bennu is also one of the most potentially hazardous asteroids, as it has a relatively high probability of impacting the Earth late in the 22nd century. OSIRIS-REx arrived at asteroid Bennu in December 2018 and has spent the time since then collecting imaging, topographic, and spectral data that have enabled the team to determine Bennu’s physical, chemical, and mineralogical properties. Important results of the mission are that Bennu’s surface is dominated by minerals containing water, and that the surface appears to have experienced geologic processing in the last few hundreds of thousands to millions of years. Bennu’s size, primitive composition, and potentially hazardous orbit make it one of the most fascinating and accessible NEOs … and the ideal OSIRIS-REx target asteroid.Dr. Vicky Hamilton will share insights from OSIRIS-REx’s final year of asteroid operations, the sample collection event, and predictions for the returned sample.*All tickets subject to service fees 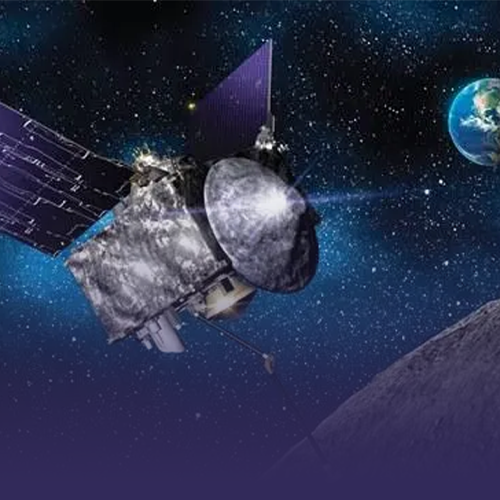