Sasha is one of the best female climbers in the world, with over 800,000 followers across her social channels. She is an Adidas Global athlete, and RedBull’s only North American female climber.Sasha has been climbing for 22 years. She has been Female Overall World Champion in climbing, as well as the undefeated panAmerican Champion for a 10-year span, and 3-time US National Champion. Sasha was the first North American Woman, and 3rd Woman in the World to climb the grade 5.14d, (9a). She has traveled to over 50 countries globally and accomplished 30+ First and First Female Ascents around the world, including Big Walls of 5.14 grades. These accomplishments have garnered her world-wide attention, including gracing the cover of 27 magazines, and features including Oprah, Good Morning America, The Today Show, 60 Minutes Sports, Nightline, CNN, BBC, Vogue, TIME, as well as global endorsement deals.Sasha believes in the transformative power of sports on youth and female development. As a woman making a career within a traditionally male dominated space, she has stood for equality in sport, access, pay, and treatment of female athletes. As founder of Female Focused Adventures, a production company that centers around storytelling in the female adventure space, and empowering female content creators, Sasha strives to bolster the access and experiences of other women in the outdoors. She is the recipient of the Golden Piton Award, Arco Rock Legend Award, and the American Alpine Club Robert Hicks Bates Award, which honors young climbers who show “outstanding promise for future accomplishment.” She was also one of Glamour Magazine’s College Women of the Year recipients. She has been recognized in the Virginia Legislature for her achievements in rock climbing under the House Joint Resolution 533. She is on the board of the Women’s Sports Foundation, as well as the board of Ascend Afghanistan, and an ambassador for Protect our Winters and Right to Play International. *All tickets subject to service fees 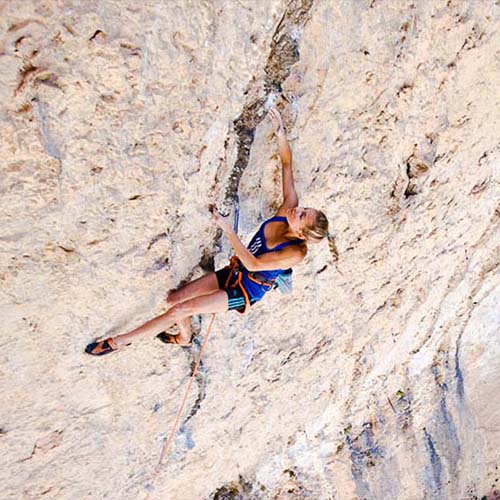