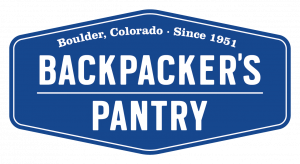 About Mountainfilm on Tour

After the festival, Mountainfilm on Tour hits the road, sharing the year’s most inspiring short films with communities around the world. Mountainfilm on Tour shows are hosted by a wide array of organizations, including outdoor retailers, schools and universities, corporations, environmental groups, theaters, local governments and individuals, all using it as an opportunity to create awareness and engage with their communities. Mountainfilm has been on tour since 1999 — it’s their way of extending the festival’s reach and delivering inspiring content to global audiences.

This event will be hosted by Roam, the premiere adventure club. To learn more about Roam, visit their website HERE.

The playlist has been specially curated to feature this year’s best films on adventure, resilience, and the power of connections.

All Jokes Aside
RC Cone
Eeland Stribling is a wildlife biologist, stand-up comedian and fly fisherman who uses @blacksteveirwin as an Instagram handle. All his interests and talents merge in the great outdoors where he comes up with some apropos stand-up comedy. Part stand-up routine and part documentary, this film is punctuated by the synchronicity of protecting Bristol Bay and recognizing Black Lives Matter. Joining Stribling on the riverbanks and in the water feels like a special chance to hang out with an entertaining fishing buddy.

Born From Junk
Mike Horn, Galin Foley
Perhaps it is unsurprising that the sport, industry and obsession of mountain biking was at least partially invented by mountain town pioneers riding “klunker” bikes down mountain passes between Crested Butte and Aspen. The sports’ inventors had no clue — they were, one recalls, “just a bunch of outlaws with too much time on our hands and a couple million acres of wild country to explore.” Tinkering with klunkers led to bike innovations; impromptu partying turned into organized events; cow paths were linked together into single track networks. Filmmakers Mike Horn and Galin Foley intercut archival footage, interviews with Crested Butte old-timers and reenactments to tell the story of the Butte’s Grubstake Gang and the outdoor adventure sport they helped launch.

Motherload
Zoya Lynch
Here’s a loving tribute to all of the indefatigable ski moms who somehow manage gear and tears, not to mention the stresses of survival and the high toll exacted on marriages in ski country. It all pays off when skis are finally attached to little feet and the family achieves grace, gliding together downhill.

Snowy
Kaitlyn Schwalje, Alexander Wolf Lewis
There is an opportunity for redemption in every family, even if one of your family members has been exiled to the basement for a couple of decades. Snowy is a box turtle living in a small tank in Uncle Larry’s basement, which begs the question: Is mere survival proof that a pet is thriving? As we try to guess what Snowy might be feeling, with help from a veterinarian, a pet psychic and an expert in reptile cognition, Uncle Larry’s perspective begins to evolve as he starts seeing Snowy as more than just a chore.

You And The Thing That You Love
Nicholas Maher
Nick Mullins was a teenage skate punk on the brink of turning pro when a benign-seeming accident led to catastrophic illness. He survived, but went blind in the process. And just like that, he lost everything. This is the incredible story of how he fought like hell to get it back.

The Captain
Greg Kohs
At 27 years old, Sadie Samuels is the youngest and only female lobster boat captain in the Rockport, Maine harbor. Despite the long hours and manual labor of hauling traps, Samuels is in love — obsessed even — with what she calls the most beautiful, magical place on the planet. Her love for lobster fishing was imparted early in her childhood by her dad Matt, who has been her mentor and inspiration since she was a little girl in yellow fishing boots.

Made in the Mitten
Zeppelin Zeerip
While it’s most often thought of as a mountain sport, modern-day snowboarding began on the shores of Lake Michigan. Housebound in a snowstorm, and in need of an activity to get his kids outside, Sherman Poppn fastened two of his daughter’s skis together and stood sideways on the hill in his backyard. And with that, the snurfer was born, creating a magical way to surf the snow. The snowboard industry has come a long way since then, but Made in the Mitten is an homage to the sport’s original roots: the pure joy of riding a skinny piece of wood in the snowy backyards of the Midwest.

Ten Thousand Bolts
Duncan Sullivan, Alex Levin, Ashley Benzwie
Toni Arbones has always followed his passion — bolting climbing routes to the top of a remote and winding six-kilometer road in Siurana, Spain, where he built his paradise. The limestone cliffs of the world-renowned climbing area now boast 1,700 routes thanks to the relentless work of Arbones’ drill and glue gun. Arbones is a self-proclaimed bolting addict, who has raised the painstaking task to an art form.

Sibling Rivalry
Aurélie Slegers
Sparks fly and a showdown unfolds between siblings and professional mountain bikers Becky and Ryan Gardner on the trails of Telluride. This film reminds us that any victory, no matter how minor, is that much sweeter when your opponent is your brother or sister.