This German production of Sherlock Holmes’ mystery never played in the United States: by 1929, most American theaters had converted to sound, and had no use for a silent German production, regardless of how well-made. Then the film was considered lost for over 80 years. But this dark and brooding version, directed by Richard Osborne and starring an international cast headed by American actor Carlyle Blackwell as the great detective, is fully saturated with dark German expressionism. We will be showing the recent restoration from the San Francisco Silent Film Festival, largely based on a Czech print discovered in Poland in 2009. We will open the evening with a very cute comedy from 1912: A Canine Sherlock Holmes, in which a much more friendly dog defeats a group of bank robbers through his powers of detection. 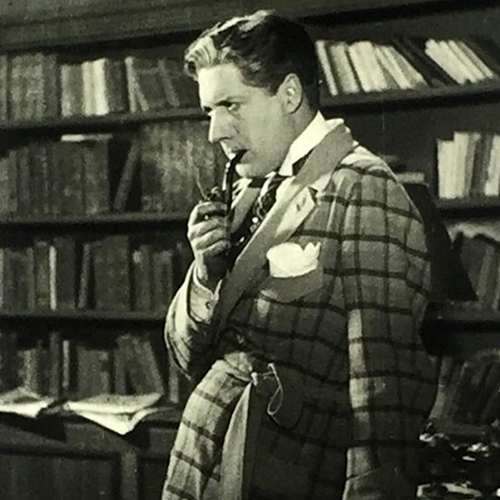