The most anticipated observatory ever built—the James Webb Space Telescope—will soon be launched on one of the world’s largest rockets. Webb must be precisely folded to fit into the rocket, and then once deployed it must precisely unfold—a series of minute steps that Webb’s international team will anxiously monitor.  Ball Aerospace built Webb’s optical system and is supporting NASA’s integration and test and will support the launch and commissioning as Webb travels one million miles to its orbit point. Webb far exceeds the Hubble telescope in sensitivity and complexity and promises to exceed Hubble’s cosmic-revealing powers.     About the speaker: Erin Wolf, Ball AerospaceErin Wolf has worked on Webb since 2009, at NASA’s Goddard Space Flight Center and then at Ball Aerospace.  Before her role as Ball’s Webb program manager, she contributed to Landsat 9’s TIRS-2 instrument and to Hubble Servicing Mission 4. Erin received her B.S. in physics from the University of Puget Sound.*All tickets subject to service fees 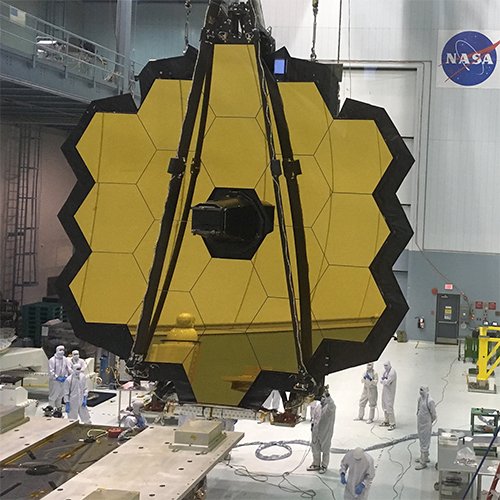