A conversation with Pemba Sherpa and James McVey

Bridging Worlds tells the inspiring story of a Sherpa who bridged two worlds to improve the lives of his people in Nepal. Pemba’s presentation reveals his life’s journey from a poor, remote Nepalese village to his becoming an accomplished mountaineer, expedition leader, and successful US Businessman – and back to Khumbu where his journey began, to build a bridge, a hydroelectric power plant, and bring significant financial relief to his native people. Hear the story of the Sherpa people, the exceptional dangers they face as expedition workers in the Himalayas — and the alarming state of the climbing industry on Mt. Everest today.

Bridging Worlds: A Sherpa’s Story was a 2021 Colorado Book Awards finalist.  Pemba Sherpa’s popular presentations include signing copies of the inspiring book, which will be sold to raise funds in support of his people in Nepal.

Pemba Sherpa was born in the remote Khumbu region of Nepal, where he distinguished himself as a mountain guide. At nineteen, he migrated to Colorado and founded Ascent International, a mountaineering adventure company which he operated for twenty years. He has guided more than twenty trips to Nepal for the Colorado Mountain Club. Today, he is the owner of Sherpa Chai Tea Company and Sherpa’s Adventurer Restaurant in Boulder. His success in business allows him to devote his time and energy to helping Sherpa people in Khumbu, where he has built a bridge and hydro-electric facility. In 2015, with the help of the CMC, Pemba raised $110,000 in earthquake relief funds for those villages.

James McVey worked as a professor for thirty years at the University of Colorado and the University of North Carolina-Charlotte. His fiction and nonfiction have appeared in literary journals around the world. He is the author of five books, including:
-Loon Rangers (Saddle Road Press, 2021)
-The Way Home: Essays on the Outside West (University of Utah Press, 2010)
-The Wild Upriver and Other Stories (Arbutus Press, 2005)

For more on his life and work, you may visit: www.jamesmcvey.org 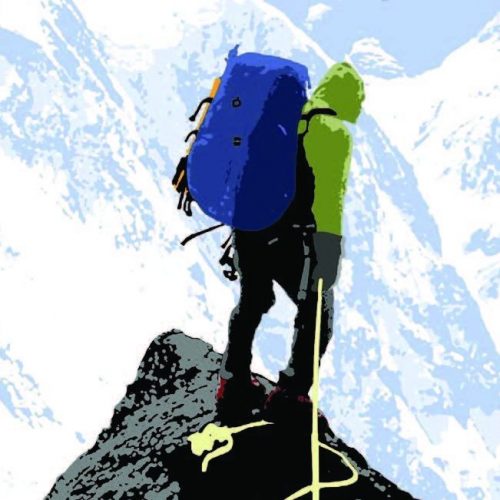