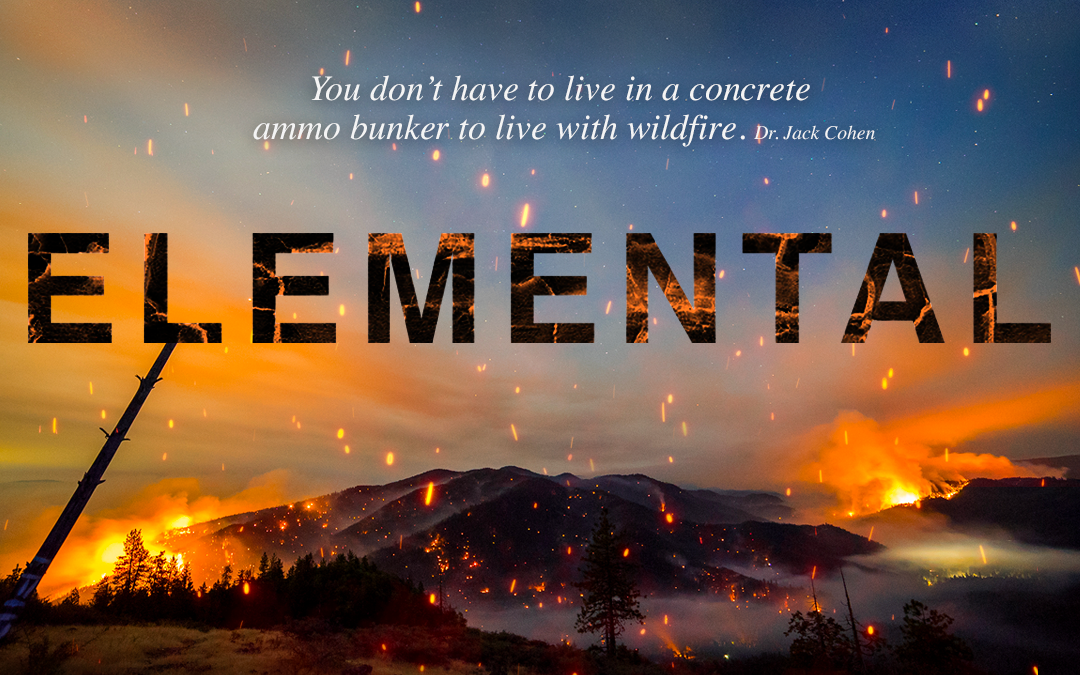 Elemental: Reimagining our Relationship with Wildfire

With fire seasons growing more destructive and more deadly, we see that our approach to reducing wildfire risk is failing. The way we respond to this risk will have long-term effects on our communities and our forests.

Join us for the Boulder Colorado premiere of ELEMENTAL, a film that invites you to reimagine your relationship with wildfire through the eyes of top scientists and indigenous fire managers who are leading the way toward living with this essential element.

Stay after the movie for a discussion and Q&A session with the fire experts including University of Colorado’s very own Dr. Tania Schoennagel, who appears in the film.

In the wake of recent fires across the West, filmmakers Trip Jennings, Sara Quinn, and Ralph Bloemers took to the air and the ground to help communities make sense of what is happening – and what we can do to prepare for more fire on the land. Their work led to a deep investigation of wildfire in a hotter, drier, more crowded world, and includes wildfires that burned across millions of acres and destroyed numerous communities.

Five years in the making, Elemental is the product of their journey across the United States and into fire affected communities. Produced and edited in Oregon, Narrated by David Oyelowo (Emmy & Golden Globe Nominee), supported by National Geographic and Patagonia. 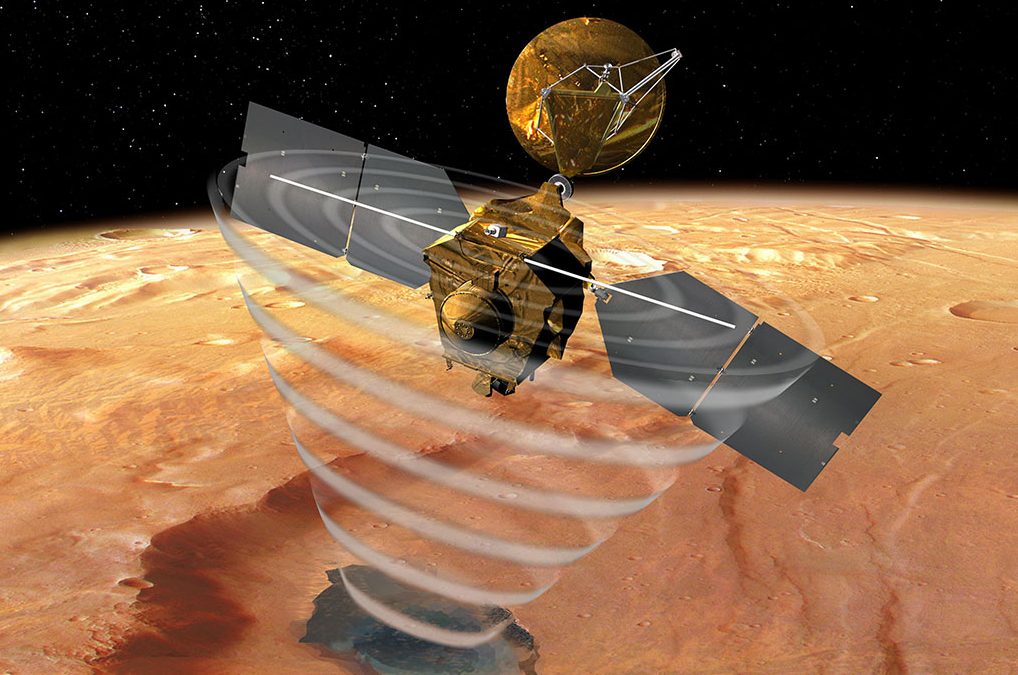 Than Putzig: Exploring for Ice on Mars

Much like Chautauqua itself, Than Putzig was born and raised in New York State before moving to Colorado, and he now lives in Golden. He studied geophysics at Colorado School of Mines, Rice University, and the University of Colorado at Boulder. Fascinated by the planets since childhood, Than has been investigating the geology, climate, and resources of Mars with radar, thermal, and other spacecraft data for over 20 years. He is currently a Senior Scientist at the Lakewood, Colorado office of the Planetary Science Institute, which he helped establish in 2016. Than serves as the US Team Leader for the Shallow Radar (SHARAD) sounder onboard NASA’s Mars Reconnaissance Orbiter mission, which has been returning vast amounts of data from the Red Planet since 2006.

Than Putzig will discuss work they are doing to explore the surface and subsurface of Mars with data from the Mars Reconnaissance Orbiter (MRO) and other spacecraft. Many of the results he’ll show are from MRO’s SHARAD instrument, which has played a crucial role in these efforts by probing into the subsurface to illuminate the interior structure of the polar caps, mid-latitude glaciers, and other terrains. While most of this work is oriented toward understanding the geologic and climate history of Mars for scientific purposes, he’s also been co-leading a team of investigators on a NASA project to map buried ice as a potential resource for future human missions to the Martian surface, where the ice would enable the generation of water, oxygen, and fuel to sustain astronauts and enable their return to Earth. 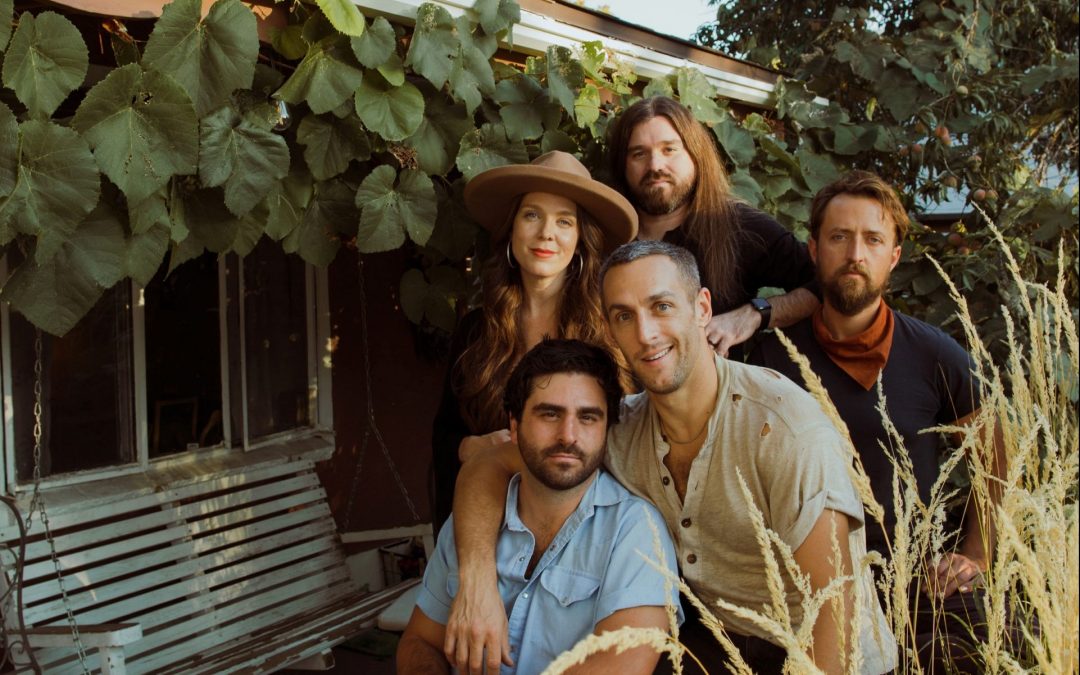 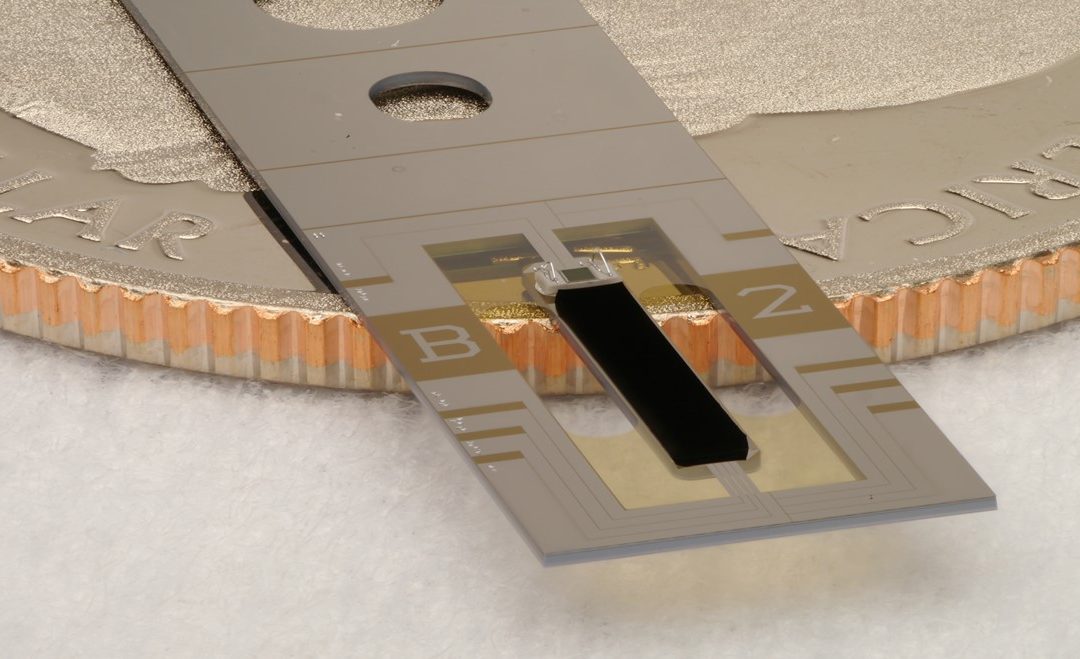 For space science to advance beyond its current frontiers, measurement science (metrology) often must lead the way. Examples of this metrology development are taking place just two miles from the Chautauqua Auditorium at the National Institute of Standards and Technology. Although NIST is not typically known for space science, its internationally recognized expertise in calibrations and physical measurements are having an impact beyond our atmosphere. Two examples will be discussed. One involves measurements that support gravitational wave astrophysics in collaboration with the Nobel prize winning (2017) Laser Interferometric Gravitational Wave Observatory (LIGO). Another is enabling space-based measurements of the essential climate variable referred to as Earth Radiation Budget in collaboration with the Laboratory for Atmospheric and Space Physics at the University of Colorado Boulder. Both projects employ NIST-developed light-absorbing materials shown to be the “blackest” on Earth as well as in-house state-of-the-art microfabrication techniques that provide very precise measurements of light in robust packages. Come hear how near-perfect light absorbers are helping us to understand the delicate solar balance of our planet and one of the most familiar forces in our lives. 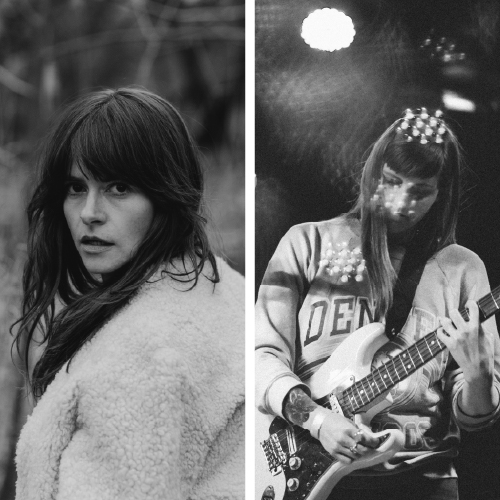 Allison Lorenzen is a Denver based artist whose work explores a minimalist approach to acutely felt noise-pop and aching slowcore. Brushed in deep strokes of lush synthesizers and gossamer vocals, her first solo album, Tender, was released by Whited Sepulchre Records in 2021 to critical praise from the likes of NPR, Spill Magazine, Austin Town Hall, and more. Tender was named Best New Album by Denver’s Westword Magazine in 2022.

Midwife is the project of Madeline Johnston, a self taught multi-instrumentalist and recording engineer, currently based in Southern New Mexico by way of Denver, Colorado, where she spent the last decade developing her sound. Midwife began while Madeline was a resident of the beloved/infamous DIY space Rhinoceropolis in 2014. She has released three albums with The Flenser, most recently, Luminol (2021), which received national and international acclaim. On stage, Johnston is known for her sparse, emotionally charged experimental pop music. On record, she produces intricate and lush sonic environments in her own little corner of the heavy music scene. She describes her sound as “Heaven Metal,” AKA emotional music about devastation: catharsis. Johnston writes primarily about grief, and the many faces it can inhabit.